Grounded Love is founded by a group of people who live the truth of their hearts with divine consiousness. We are connected in the sources of the Church of Love, defined by the Cathars, the wisdom of indigenous peoples and with our own source of sovereignty as a human being.

Grounded Love is about a new governance in the world to create peace and live in abundance and happiness. We research wicked questions in our society, publish about it on the websites of the people involved and host programs which you can join. As a group we give impulses and take initiatives in ceremony where en when needed. We bring movement in the quantum field. 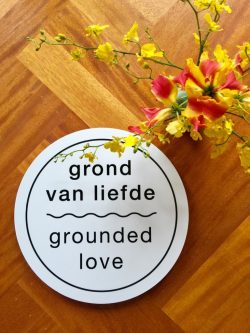 Grond van Liefde was founded by Noor Bongers and Pika Nendissa, together with a special group pioneers of our time. Not everyone wants visibility online. Participation is by invitation. You can follow us and visit the programs of the people who participate in this network. Based on different expertises, visions of the world and cultural backgrounds, contributing to the realization of peace and prosperity. No matter what circumstances. Ground of Love is about integrity and fully embodying the highest consciousness. On earth.

So it depends on who you approach in what form you meet Ground of Love. In area development and synergy between governance and boardroom levels. In martial arts and dancing with the forces between heaven and earth. In leadership programs in which you learn to take ownership over your full potential and spirit. In research into society development. In jokes and musings. In amazing catering and hostessing. In listening, silent singing, meditation. In really being there for the other. In consultancy from the Tarot… in a strategic approach on wicked questions.

Ground of Love is as diverse as there are people, with one commonality: we manifest the golden age on earth. 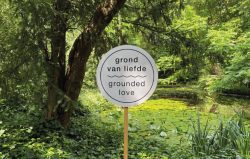 “It does not exist as a fixed form, but only by mutual agreement of people. It has no members, except those who feel they belong. She has no competitors because she does not compete. She has no ambition, because she just wants to serve. It does not draw borders, because love does not limit. It does not shut itself off or encapsulate itself, for it seeks to enrich all groups of religions. She respects all the great teachers of all time who revealed the truth of love.

Whoever belongs to it practices the truth of love with all his being. Whoever belongs to it knows. She makes no attempt to educate others; she just tries to be and by giving her being. She lives in the knowledge that the whole earth is a living wisdom and we are part of it. She knows that the time of the last turnaround has come: going back to unity within our free will.

It does not make itself known with a loud voice, but works from the free domain of the true being. She bows to all who lit up the way of love and gave their lives for it. It does not allow any order in its ranks, nor any elevation of any human being in its midst, for one is not greater than the other. She does not promise any reward, either in this or any other life, only living in the joy of unconditional love.

Its members recognize each other by the way of acting, by the way of being, by the way of the spirit of love glances in their eyes and by no other outward gesture than the fraternal and sisterly embrace. They have neither fear nor shame. And their testimony will always be true, in both good and bad times.

The Church of Love has no secret, no mystery, and no initiation, except a deep inner knowing of the power of love, because the world will change when we humans want it. But only because we are the ones that changes themselves first.

All who feel they belong to the church of love, they do.” 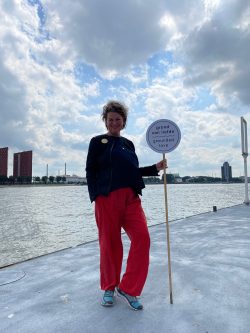 You can find us anywhere around the globe. In big or small ceremonies, around campfires, in silent retreats or in the middle of the city centre. We will be happy to work with you in a professional context and create some rockbottom peace and innovation.

We explore ánd develop these times based on grounded love.